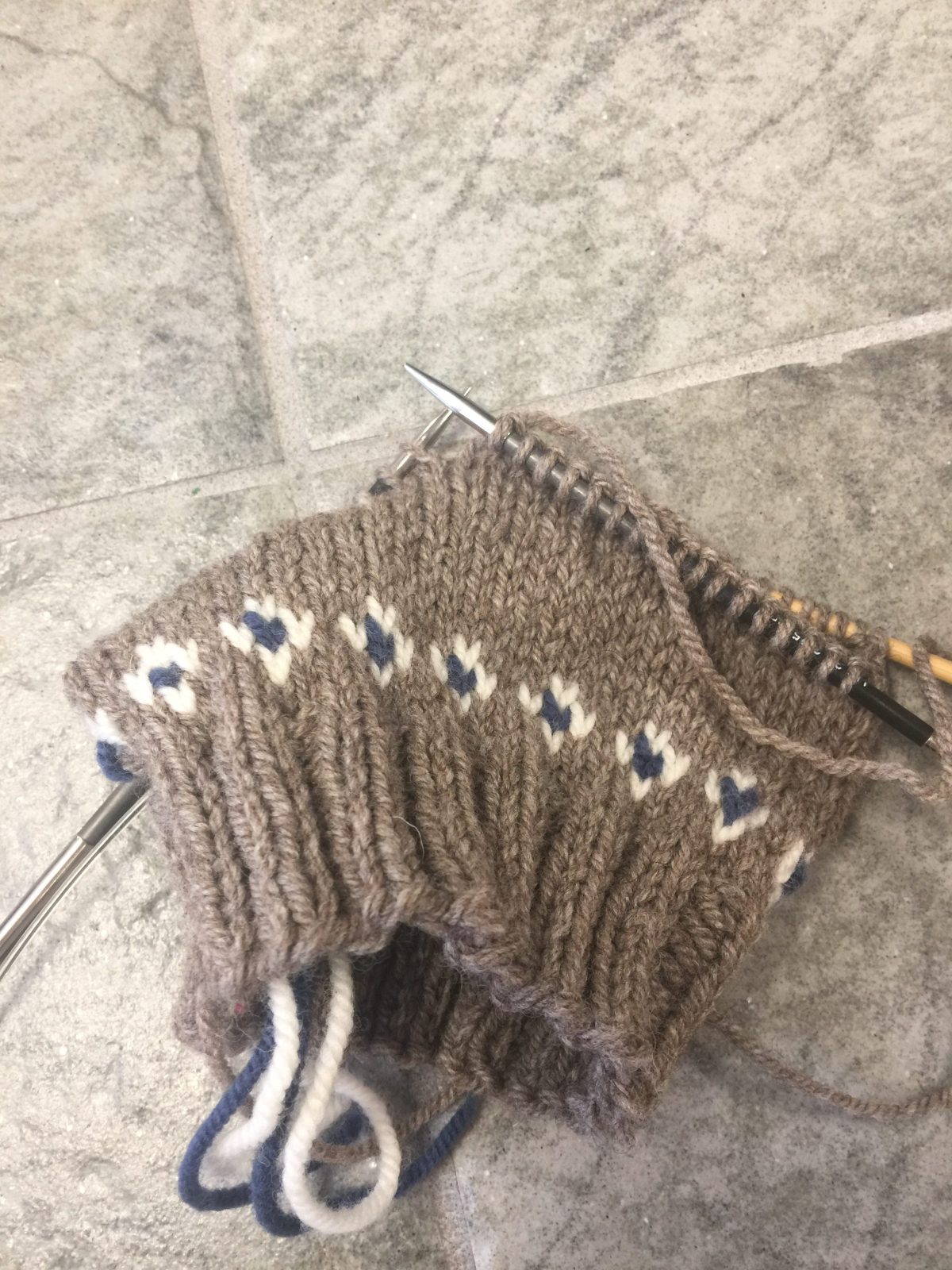 Have you ever noticed how people tend to get married or have babies in waves?

We’re in the middle of one of those waves.  Several of our friends and family members are having babies right now.  Between December and June there are 4 babies.  There’s not much I like more than knitting for little people!  The projects are fast and fun.
And I firmly believe that babies should be wrapped in wool to keep them cozy.  I tend to use superwash wool because I believe in keeping it easy for the parents.  I’m not a fan of acrylic for babies partly because I think acrylic sweaters make me feel clammy instead of warm and because I don’t like knitting with most acrylic.  Every knitter is different – this is just how I roll.

I’ve been combing through Ravelry finding new patterns to knit.

This sweater is the Garter Stitch Baby Kimono by Joji Locatelli.  (By the way, you pronounce her name the Spanish way, as though the J’s were H’s.  “HoHee”)  This was a really fun knit and the pattern was free.  It takes less than 1 skein of sock yarn to make.   I used a skein of Knitted Wit Victory Sock, which is lovely to knit with. It is quickly becoming one of my favorite sock yarns.  You are supposed to finish the neckline with an I-cord edging, but I thought the pico type edging was pretty cute for a girl.  I did not check my gauge on this one (I know!  Bad knitter!  But I often don’t on baby knits) so it is a little wider than it maybe needed to be.  However, I kind of like a little extra wiggle room in the belly on baby knits.

The hat was made almost entirely of the leftovers from the sweater.  I did throw in a couple of rows of sparkly white that I had in a mini skein.  Partly because I thought this little girl needed a little sparkle and partly because I was nervous about running out of yarn at the very top.  I ended up ripping this hat out once and redoing it with a smaller needle size.  I think it’s already on the large size for a 1 month old, but that’s ok, she’ll grow!  The hat pattern is the Sweet Norwegian Cap and I’ve made many of them.  The hat and sweater went to a friend who had their baby in December.

Speaking of growing, the hat at the very top of the post is one I’m doing for my brand spanking new nephew!  He surprised us all by coming at 33 weeks.  At 3 lbs 7 oz, he is one tiny guy.  Both momma and baby are doing well.  This hat is made from some leftover Quince & Co. dk yarn from my Clayoquot cardigan and is one I just made up as I went.  I started the hat this fall and then set it aside because I didn’t think I was knitting for boys and I certainly didn’t think I’d be knitting for a preemie.  See, the babies in our family tend to be girls and they generally tend to come on the large size (my girls were 9 lbs and 8 lbs respectively).  Just in case you’re wondering, I don’t gamble because I’m really lousy at playing the odds!  And I hate loosing.  The boy hat got put aside until a later time.  Probably a good thing because when I heard my nephew was born, it was right there beside my knitting spot, ready to finish.  The finished hat should fit an orange, which I’m hoping is about the right size.  If it does not fit, my sister can definitely donate it to the hospital for another baby to use.

One thought on “There’s a Season for That”