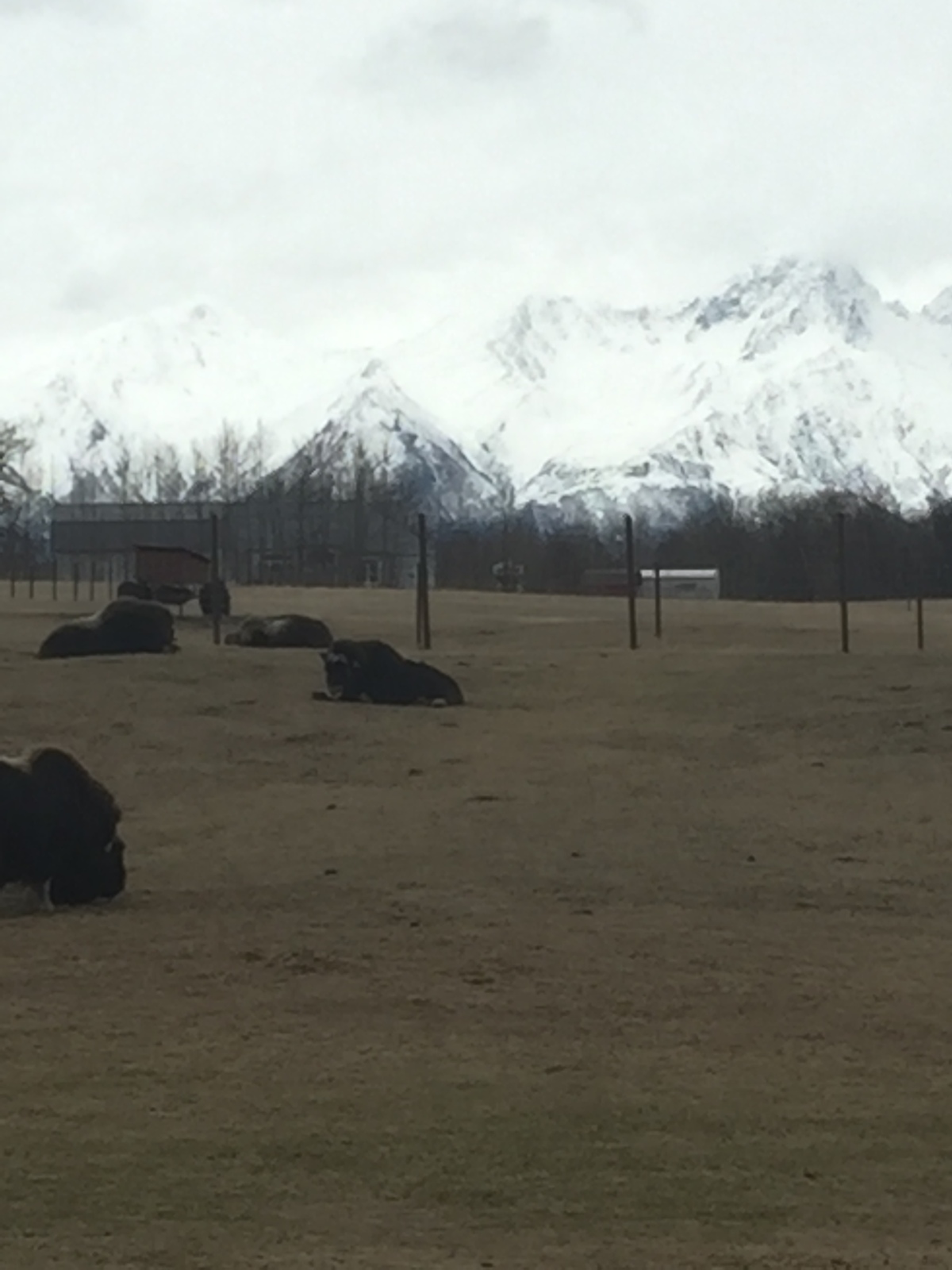 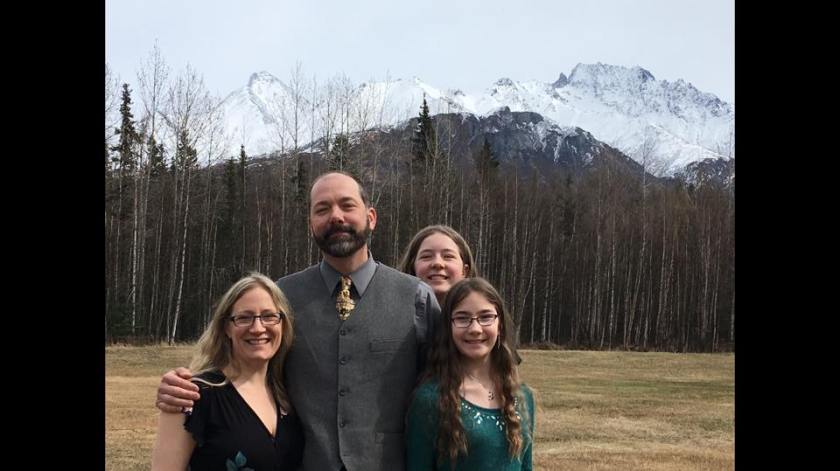 It’s pronounced kiv – ee – oot like give a hoot, and it is softer. lighter and warmer than cashmere.  This fiber comes from the under hair of 600-900 lb musk ox which are gently combed every day during the summer.  How would you like that job?

We visited friends in Alaska last week, and I was pretty excited to find out that there was a musk ox farm nearby.  I was also excited to see that they have mountains in their backyard (see photo above), but that’s another story.  See, the last time we were in Alaska we saw musk ox, but were not able to do a tour because tourist season had not started yet.  Instead I contented myself with buying some of the precious qiviut fiber and yarn.  Eight years later, I’ve been too afraid to knit or spin this amazing fiber because it’s “too good,” for just any pattern and my somewhat amateur spinning skills.

But really?  It’s just knitting.  I can do that.

Ok, maybe I won’t buy $300 qiviut to knit with…. after all I can handspin my own, thank you very much. But I did buy a 2 oz skein of qiviut/cashmere/alpaca with generous yardage.

Now the tricky part is determining a pattern to knit.

Traditionally, the native people knit lace patterns specific to their area.  The book, Arctic Lace, talks about this more in depth.  Honestly, I do not know much more than this, so I would encourage you to read Arctic Lace and look into it on your own if you’re interested.  This display at the musk ox farm was really interesting to me.  I’m fairly confident that I could chart the lace patterns on this display, especially the one from the Seward area as that was one of the areas we visited on our trip.  I also found this Alaskan Moose scarf which, though not traditional, cracks me up.  So the question of the day is, what do I knit?  I have 2 skeins of qiviut from my 2 trips.  One a natural color, one a forest green…. both have generous yardage.

We visited this musk ox farm in Palmer, AK.  And just because I know some people will be wondering, the musk ox are only raised for their fiber.  They live until a ripe old age and are not used for meat.